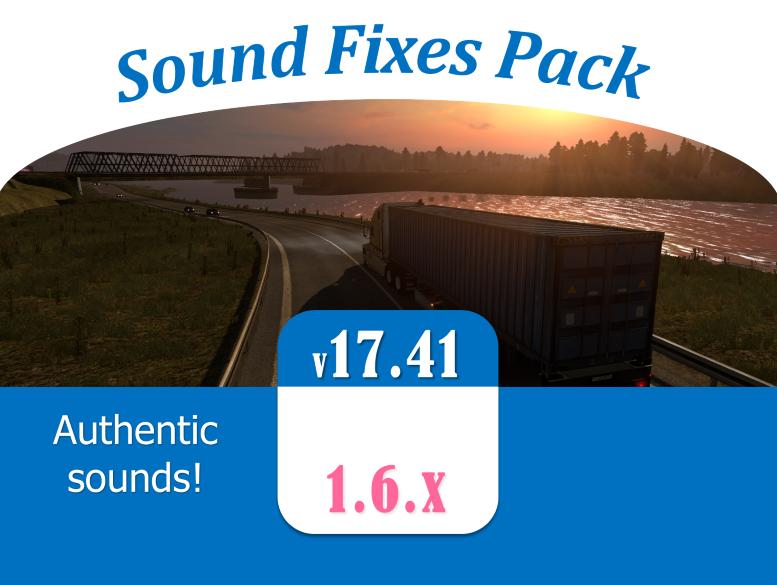 * Retro/historic ding sound for while the fuel is pumping (circa 1960s to 1970s). The number of dings can help give you an idea on how much you refueled…
* Real fuel pump, fuel lid, door close, seat belt click and key insertion sound effects for after refueling to a full tank.

Credits:
* SCS Software for base sounds
* Drive Safely for pitch, reverberation and sound edits, some sound samples, and for compiling mod
* antonvezdehod, Ludmilla and Katixa/Irreo for some tire sounds
* Balamut for some key swing and light suspension sounds
* AlexeyP for some trailer coupling, gate/barrier and fuel pump sounds, and sounds from Improved Environment Sound
* nIGhT-SoN for raindrop definitions