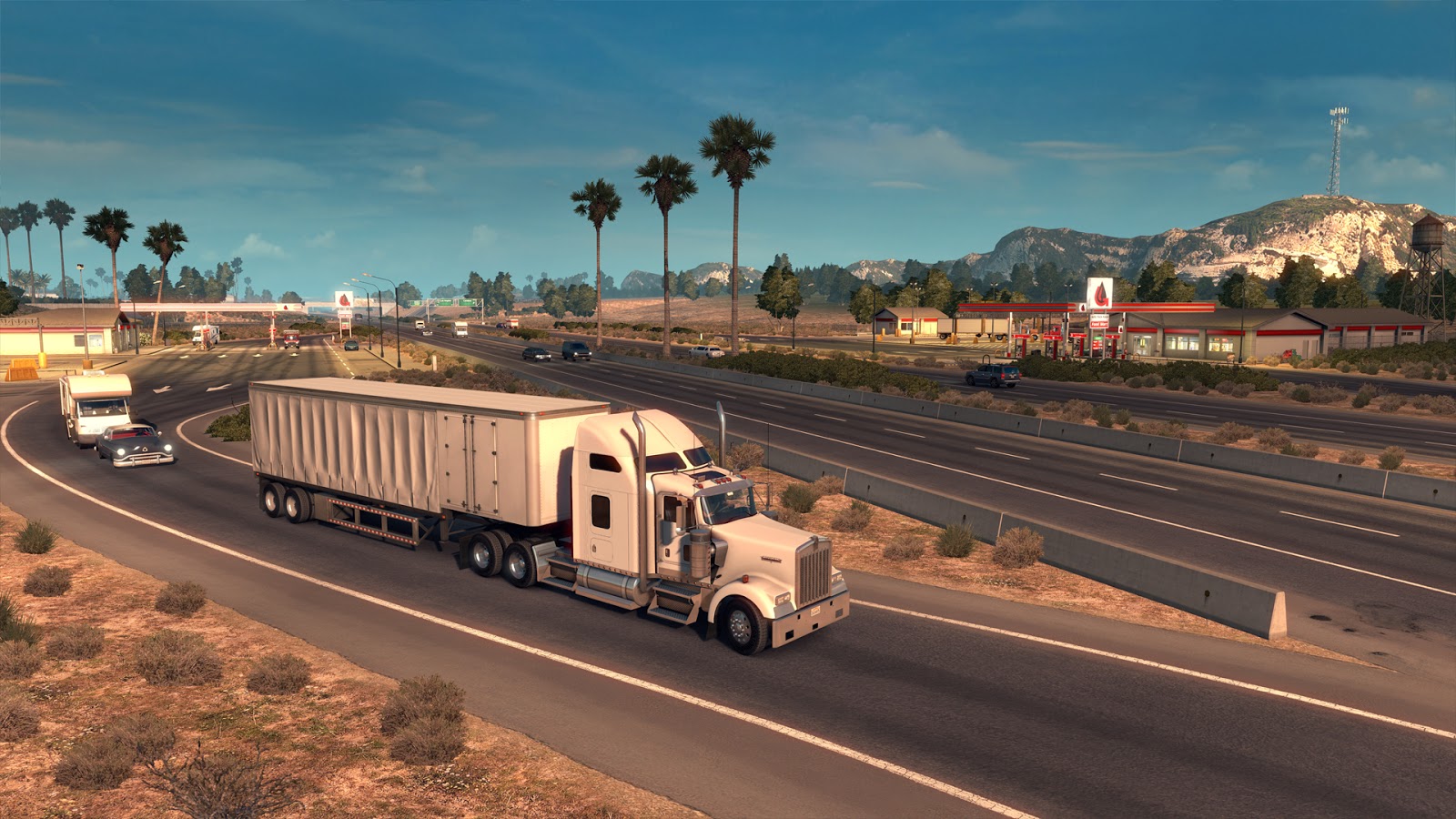 While the ETS2 team is preparing some cool stuff for you for early next week (as the upcoming update 1.20 for Euro Truck Simulator 2 is nearing release, we’ll have interesting things to divulge), the American Truck Simulator team still has a lot of work ahead of them to release their project. We are always getting asked to show more of the game, so let’s make this blog post just such an opportunity.

Despite showing a public build of the game some two weeks ago at Gamescom called a “beta,” American Truck Simulator is still very much in production and undergoing internal testing, no wider beta testing has been started yet. We have to ask our small inner circle of volunteer beta testers to still be patient with us. Fortunately, most things are already in place, and the team is busy with establishing the initial game economy network, polishing environment and vehicle assets, while considerable work is also invested into game optimization.

Stay tuned, and keep on trucking!