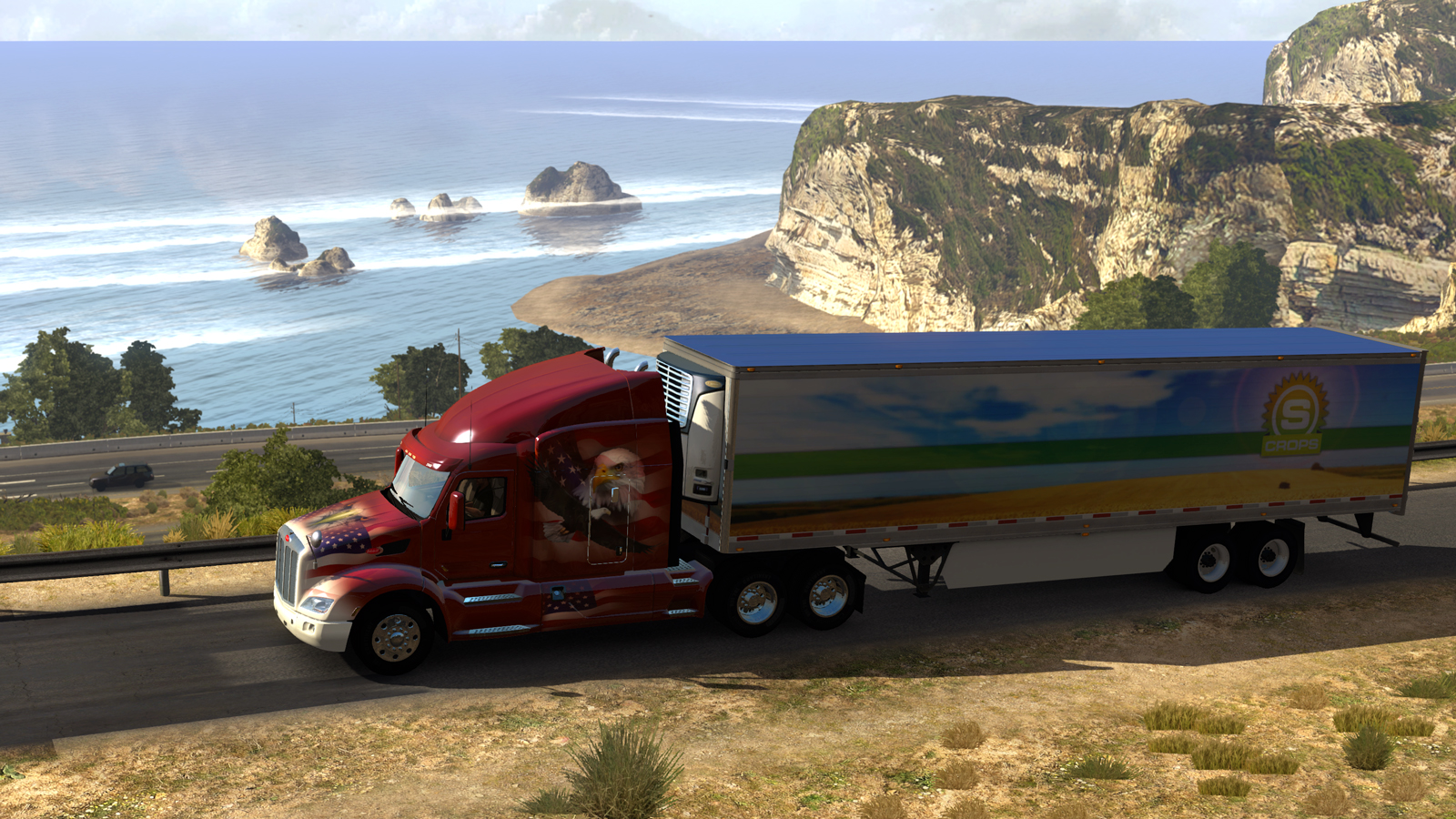 About 180,000 people were watching the Twitch stream when American Truck Simulator was featured in the PC Gaming Show. You can watch it here in past broadcasts.

There are many articles about the game out already and yet more are coming, we are super excited that American Truck Simulator is getting so much attention.

ATS was even one of the worldwide trends on Twitter, which shows how much attention we’ve got!

Here is the teaser shown during the PC Gaming Show:

As some of you have noticed in yesterday’s post, the American Truck Simulator website is now live. “Coming soon” Steam store page was also published yesterday – if you like getting Steam notifications about announcements from your favorite games, please click on the Follow button, we will always publish ATS-related content both here and in the Steam game hub.

See you at Gamescom! (We plan to show way more of the game, including an interactive demo.)